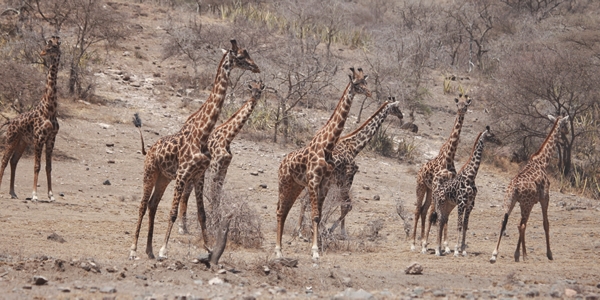 Tsavo West has a rolling volcanic landscape and is home to the "big five" animals. It also offers a temporary home to a huge number of migrating birds between October and January.

Tsavo West National Park was established in 1948 and is bordered by Taita Hills to thorests at the water margins. It covers a total area of 9065 sq kms and hosts a wide variety of wildlife species from the 'Big Five' (Lion, leopard, rhino, buffalo and elephant), numerous other carnivores, gazelles to over 150 bird species.

The park also has the Mzima springs, Shaitani Lava Flow which consists of caves, three craters, basalt flows and lava splashes. It is also rich e east and Tanzania to the south east with areas of unending succession of fantastic views across the plains dotted with fin graphite, marble and sulphite deposits.